The annual BBQ tour took a bit of a twist into a Bang Bang BBQ Tour. In years past I’ve done regions of the country and have done a specific meat at each place. Twisting things up, I’m doing a city specific place and judging “best of show”. Taking into account the ambiance of the restaurant, the appearance of the food when it gets delivered, and the overall taste profile which will be a combination of smoke, tenderness, and overall flavors. The destination this year is the greater St. Louis, MO area.

Our lunch destination took us to central Illinois and this wood cabin looking place, Witt’s Smokehouse. Tucked about 2 miles off of the interstate in Effingham, IL, Witt’s Smokehouse has a great look of it going with the log cabin atmosphere. The interior of the restaurant has some galvanized metal look along with the rustic of a log cabin so it’s pretty cool. 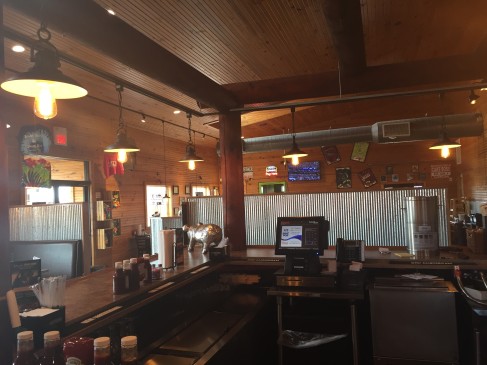 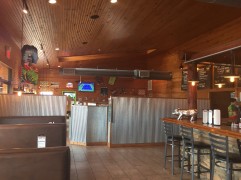 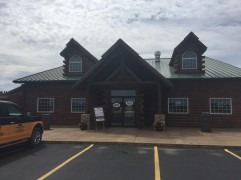 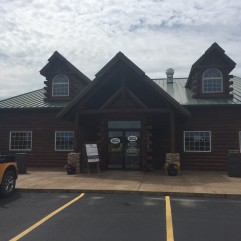 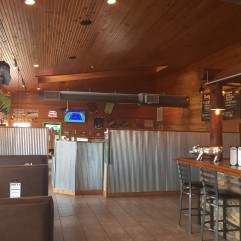 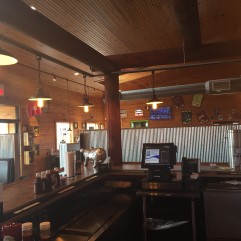 For my lunch I ordered the pulled pork sandwich with a side of mac n cheese. The food comes out in a plastic basket on some wax paper so pretty standard for a BBQ joint. The pulled pork sandwich has a good amount of meat on it. The meat is sauced which is a little bit of a turnoff for me but not a deal breaker typically. The basket does look a little “empty” when you get it. The pickle is a nice garnish and provides a color contrast to the basket. The sandwich bun was on top of the meat so it was a tannish bun color and the yellow of mac n cheese when you first look at the plate looks bland at first glance.

The food itself was pretty good. The pulled pork sandwich had a really balanced flavor. I did have to add some sauce but mostly to try the array of sauces Witt’s has available. Side plug for the garlic BBQ sauce…very tasty and a noticeable garlic flavor…almost too much but I enjoy that flavor with BBQ. Very good move on the cooks to toast the buns as sauced pulled pork can tend to soak into a sandwich bun and make the bun really soggy but the toasting of the bun put a nice crust so it held up really well. The mac n cheese was probably one of the creamiest I’ve ever had. Noodles were cooked really well. My friends that joined me on this trip got sides of baked beans and they were OK. A little too sweet for my taste. 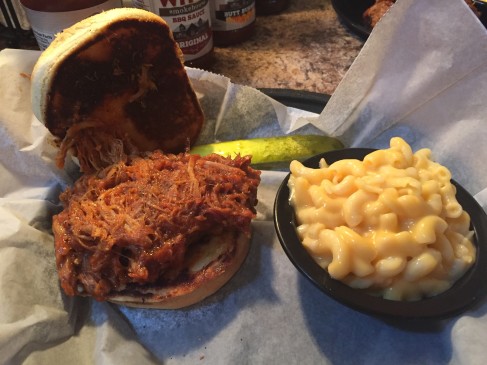 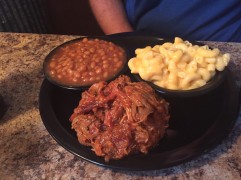 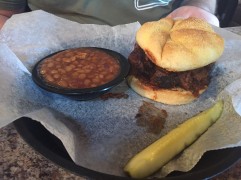 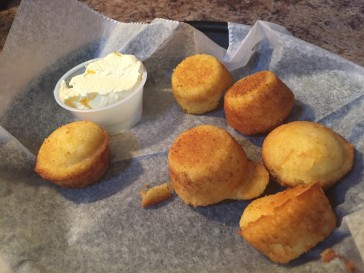 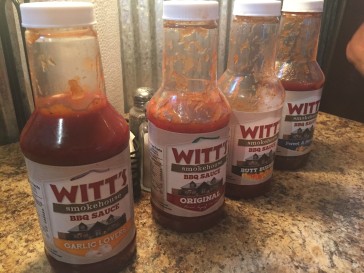 Overall, Witt’s Smokehouse set the bar for the 2018 Bang Bang BBQ Tour. Good flavors and some culinary skills were on display. May try to request the pulled pork not be sauced but I think that’s how they cook it. The brisket that one of my friends ordered looked really good and near burnt end style.

It’s Devour INDY time and I enjoyed an AMAZING dinner at @provision.restaurant . They’re devour menu is packed with great options. I ordered the beef short ribs over a bed of rice, a side salad, and the mini chocolate tarts with lemon ice cream. Shared some family sized sides of mushrooms, brussel sprouts, and candied sweet potatoes.
Fired up the @webergrills kettle today while renovating my closet (renovation still on going) and did a pork butt and some country-style pork ribs. Got some really good chopped and pulled pork, money muscle slices, and the ribs I ended up cubing, smoking and braising them to delicious falling apart tenderness nuggets of pork.
A little sous vide New York Strip steak action tonight for dinner. Great flavor (salt, pepper, garlic, and zesty garlic seasoning), sous vide at 129.5 degrees for about 3.5-4 hours and quick seared in a @geoffreyzakarian ceramic cast iron pan and it was AWESOME! 🔥🔥😃😃😍😍🤤🤤
Visited my parents house last night as they're still in the Philippines and met up with my high school youth pastor for dinner at Coopers Pub in Kokomo. Even though it was Taco Tuesday and they have an excellent deal on street tacos, I was told the burgers were top notch and this honey chipotle peanut butter bacon cheeseburger (a twist on the @thetriplexinwlaf Duane Pervis All American Burger) was a messy deliciousness. All sorts of flavor profiles coming together with salty, sweet, tangy, & even a hint of smokiness was great. The onion rings were nicely battered and held together meaning when I bite into it I don't pull the entire onion ring out.
Parents are out of country in the homeland of the Philippines 🇵🇭 so weekly I get to check on the house, make sure the thermostats working, water mom’s plants, etc…I also get to visit one of my favorite places in Kokomo @conepalace ! It was a favorite growing up eating chili dogs, fries and a heath artic swirl. More nostalgic than anything but even nostalgia has flavor!
My most recent vacation took me back to my southern roots when I lived in Birmingham, AL. I caught up with friends from an old small group Ray and @carlaingram12 at @grandticino to enjoy a night tasty Italian Beef sandwich with an orzo pasta salad.